Some reluctance is to be expected. After all, you don't want to be uncontrollably gagging from the moment a dentist begins to probe your teeth and gums. This reaction (the contraction of the muscles around your throat) is a reflex and can be difficult, if not impossible, to suppress. There's also the risk of injury if a metal dental tool is making contact with the soft tissues of your mouth as your throat muscles begin to spasm. But this reluctance shouldn't prevent you from receiving essential dental care. For your next checkup, you should talk to your dentist about dental sedation.

It's possible for a dentist to offer comprehensive sedation, and this is standard practice for many procedures, such as oral surgery. Your hypersensitive gag reflex isn't sufficient cause for full sedation, where you will be rendered unconscious and have your vital signs monitored during the procedure. However, the lightest form of sedation, such as nitrous oxide, also known as laughing gas, may also be inadequate.

You may benefit from what is classified as mid-range sedation. This is known as oral conscious sedation, and just involves an oral sedative administered before your procedure. One of the many forms of diazepam is commonly used. Once the medication takes effect, you will generally stay awake and aware of your surroundings, but the medication acts as a relaxant, and will effectively suppress your hypersensitive gag reflex, allowing your dentist to treat you without incident. There are few aftereffects, but there can be a lingering sense of grogginess. This means that you'll need someone to take you home afterward, and you may need to take the rest of the day off to recuperate.

A hypersensitive gag reflex can make receiving dental treatment a little tricky but is no reason to avoid treatment. With the proper level of sedation, your reflexive response to oral stimulation can be dulled, meaning that, for as long as the medication is active, you will temporarily become one of those people who don't seem to have a gag reflex at all. 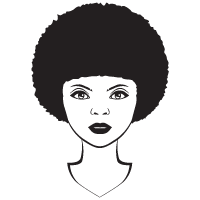 Nothing is worse than going out to dinner with your friends, biting down on a tortilla chip, and realizing that half of your front incisor fell off. Unfortunately, dental emergencies happen every day, and some people are more prone to trouble than others. Bad teeth run in my family, and I have had several dental emergencies over the years. Fortunately, I have a skilled dentist who can fix just about any problem. I hope that if you suffer from problematic teeth you can learn from my past experiences. Read through my blog to learn more about how to cope with dental emergencies, so that they don't ruin your day.